WHEN ENOUGH IS NOT ENOUGH 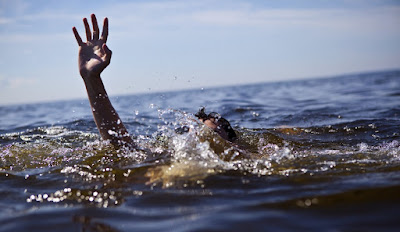 "God never gives you more than you can bear" is the go-to verse for people trying to encourage people who are positive they have been given more than they can bear.  As they struggle under the weight of whatever is trying to crush them, drown them,  we assure (convince?) them that they have the ability to overcome. We tell them "You can do this or God wouldn't be allowing it!"  But is that true?  Because they are sure that they are going under. They are convinced they are on their last gasp of air.  And is it fair to tell someone, in essence, to stop whining because if they couldn't bear what they are being called upon to bear at the moment, God wouldn't be allowing it?

Here's the portion of Scripture containing that phrase:
"If you think you are standing strong,be careful not to fall.  The temptations in your life are not different from what others experience.  And God is faithful. He will not allow the temptation to be more than you can bear. When you are tempted, He will show you a way out so that you can endure. Therefore, my beloved, flee from idolatry." (1 Cor. 10:12-14)

The word used "temptation" can also be used for the words "testing" and "trial"
But NOT ONLY "testing and trial" but ALSO TEMPTATION TO SIN.

In the context of this chapter, it appears to me that Paul is telling them that when they are tempted to sin, God will ALWAYS provide a way to escape that sin.  It is reminding them that if they WANT to obey, if they WANT to avoid sin - God will always come through with a way to avoid sinning.  In his very next breath he says, "Flee idolatry." Flee sin. I don't believe the verse is saying what we say it says.  It doesn't say, "Don't worry about hard times. Don't worry when your heart is about to break beyond repair. God has given you a get-out-of-tough-trials-free card. As soon as you can't take anymore, as soon as your enough is not enough anymore, just push the magic button and it will end."

EXCEPT IT DOESN'T END.
EXCEPT SOMETIMES IT KEEPS GETTING WORSE.

So... these brave brothers and sisters keep looking at themselves, trying to find enough strength to get through the waves of stress and sadness wiping them out.

How about the truth?  That sometimes things come our way that we cannot bear, that we should not bear?  That this fallen world has cruel times people go through.

But that doesn't mean there isn't an answer.  That doesn't mean you shouldn't have hope.  Have hope! But not in your strength. Have hope in the Lord. And in HIS MIGHTY POWER.
Look to Him.
Call to Him.

Here's what Paul said about his own struggle, his own "thorn"  -

"Three different times I begged the Lord to take it away. Each time he said, 'My grace is all you need. My power works best in weakness." (1 Corinthians 12:8-9)

When we are weak, then we see how strong Jesus is.  And that's the key to our overcoming - to know how POWERFUL JESUS IS.   He may allow seasons of feeling powerless. Because He is mean? No because He is love and He wants our lives to be built upon knowing that we "can do all things THROUGH CHRIST who STRENGTHENS US."

The ALL THINGS.. can only be done THROUGH CHRIST.

Paul clearly cautions us,  "If you think YOU are STANDING strong... BE CAREFUL."

Some testings.........are too much.
We will need Outside Help.  He will carry you.
How long will He carry you? Long enough.
I don't know how long it will be until you find relief, but you will find it day by day... Every day you will have enough to get through.
More than enough to get through.
How strong is Jesus?
Strong enough.
More than strong enough.
His "enough" is not just enough.
His enough is MORE THAN ENOUGH.

It is so good to come to the end of our "enough" because it's the only way we understand that Jesus is enough.
Yes.
He.
Is.
Posted by Marie Armenia at 9:33 AM

I've been trying to work out a problem in my own will power with scripture. I think I need to get out of the way. Can you pray with me, I'm confused. Thank you.

Of course. You may email me at marie@mariearmenia.com