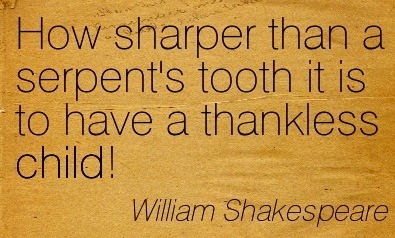 Who would have guessed that in 2015 one of the lead news stories would be about an outbreak of measles? People are running in terror from Mickey Mouse - because Disneyland is where the outbreak started. NOBODY WANTS TO CATCH THE MEASLES.

Reminds me of the story in Luke 17 about The Ten Lepers. These ten men were outside the city..banished from family, friends, their home, their jobs... because they had a skin disease.. leprosy....and nobody wanted to catch it.  Who can blame them? Who wants a hug so badly that they'd be willing to catch leprosy to have one? No one.

It's obvious that these lepers had heard about Jesus.  They called His Name, "JESUS!"  -  They used His title, "MASTER" - They knew what would heal them - "HAVE MERCY ON US!"

He did have mercy. "Go show yourselves to the priests" he said. Jewish custom required that someone with a skin disease would only be allowed back in to society if the priest of the local synagogue declared them "clean."  As they walked.. as they did what Jesus told them to do.. they became clean.

But yesterday I noticed something about this story that I had never noticed before:

He said, "Were not all ten cleansed? Where are the other nine?" (verse 17)

Yesterday, this fact hit me for the first time, even though I've read this story hundreds of times.
BUT THIS IS NOT A SPIRITUAL ETIQUETTE WARNING STORY.  This is not a warning to "make sure you remember to say "thanks to God." Because truth is, the other nine remained cleansed.  Even without taking the time to thank God, to acknowledge the great and undeserving miraculous mercy Jesus had shown them...  He didn't say, "Well, if you're not gonna say 'thanks' then you're gonna get your leprosy back."  No, He cleansed them... and though they didn't take the time to give glory to God.. to thank Jesus....they stayed cleansed.

When he saw he was healed - he came back to the One who had healed him. LOUDLY praising God. Falling at Jesus feet.
Did he touch Jesus? Scripture doesn't say, but if he did, it was the first undefiled human he had touched in a while.

And then Jesus said to this thankful man, "Rise up and go. Your faith has made you well."  Well? Wasn't he already well? Weren't the other nine well? Their faith had nothing to do with being cleansed - according to Scripture. It wasn't their faith that cleansed them.. it was MERCY. GOD'S MERCY.
I thought, "So what's the deal with the one guy?  What did he gain more than the other nine for being thankful? For giving glory to God? Nothing?

So I studied the words.
And Jesus said that this thankful leper's faith had made him "WHOLE"  Get your concordance out.. if you want to.. but the word means something closer to "saved".. "saved from judgment".... The others nine were cleansed.

But the thankful guy was saved. Whole. Restored in every way. Spiritually. Physically. Emotionally.

This thankful former leper, had shown himself to Jesus, the Great High Priest, and He declared this man cleansed and able to be restored to God's Kingdom.
HIS FAITH - expressed in pure worship and thankfulness, acknowledging that mercy had cleansed him - saved him completely.

We are all lepers.  Banished from God and HIS KINGDOM. Some of us admit it. Some of us do not.  We are not in God's Kingdom because we are "good Christians" (a redundant phrase if there ever was one)... we are there because of MERCY. MERCY. MERCY.

And while many former lepers are just happy to have their outer lives looking clean again.....we read the Bible.. and if we do what it says... the principles in there will clean us up outwardly.

But God wants more.  He doesn't want us to settle for Him saving our skin.. making our lives here better..


He wants us to be new INSIDE.

And so when He has mercy on us... and cleanses us.. He wants us to show ourselves to JESUS, OUR HIGH PRIEST.... acknowledging that God deserves the glory for our healing and restoration...
and fully comprehending that our ONLY HOPE is JESUS..
He says.. "Get up and GO.. Your faith has TAKEN all your spiritual leprosy. YOU ARE COMPLETELY WHOLE."

When we worship.
When we glorify God with our mouths.
With our hearts.
With everything within us.
God does an inner work that cannot be explained.
Every time.
We aren't MORE SAVED.
WE are more HEALED.

FALL AT JESUS FEET.
LOUDLY thank Him.
With YOUR MOUTH give glory to GOD for what HE has done.
Instead of reminding Him of the stuff in your life that is difficult.
Or the stuff He still has NOT DONE
THANK HIM.. WORSHIP HIM.. PRAISE HIM..
WITH YOUR MOUTH
for what He has done..
And..
you will uncover a cleansing INSIDE that cannot be explained.

For God, saving our skin is just the first step.
Making us whole is the whole plan.

LOVE YOU,
Thank you to so many of you who have signed up to receive this via email.
(Upper right corner of the page)
Marie