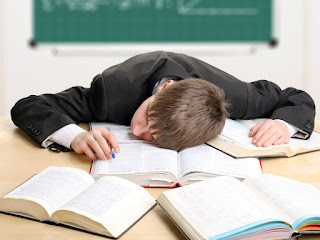 The word "platitude" finds its root in the French word "plat" which means ""flat." (What is this?  A blog? Or an English class?)

A platitude is a phrase that is used so often that it doesn't hold any meaning - to the person saying it or the person hearing it.
We have been afflicted with Platitude Paralysis.  It's a disease of the spirit, soul and body.

We may not recognize the symptoms of Platitude Paralysis because it has so infected us that we are accustomed to being sick.  This hideous infection has created a society of people who don't believe anything anyone says anymore.  And who can blames us?

Advertising platitudes:  "the best car deals in the Midstate" - "the best steak restaurant in Tennessee" - "the friendliest church you will ever visit" have been the seeds that have infested our hearts, our minds and our souls with Platitude Paralysis.  Because we discovered we DID NOT get the best car deal, it WAS NOT the best steak restaurant, and that church was the UNFRIENDLIEST place you've ever been to.

This morning I read a verse that burned in to my eyeballs and heart. Platitude Paralysis existed in the days of Moses.   The Israelites were living in horrendous slavery and under the rule of a cruel Pharaoh. God tells Moses, "HEY! Guess what? I'm going to deliver My people. I'm going to answer their prayers. I'm going to make them free and not slaves, and give them the land I promised to your ancestor, Abraham!" And here's the verse that got to me:


"Moses reported this to the Israelites, but they DID NOT LISTEN TO HIM because of their DISCOURAGEMENT and HARSH LABOR." (Exodus 6:9)

Who can blame them? Which of them had the power to flee from Egypt? Who would be insane enough to think slaves could overcome the vast armies of Pharaoh? Life had never been a land of milk and honey.. for decades...  All of sudden, Moses, we are going to be free? Yeah. Right.

When life becomes so harsh, so filled with burden and labor, we give up hoping that God is going to do anything, much less DELIVER US.

But here's REALITY about the words the Israelites did not listen to.
It was not a platitude.
It was a promise.
A promise that came true.
Right before their weary eyes.

God keeps His promises.
The good news about that story is that the outcome was not based on the faith of the people, but on the promise of God.

After a while, the people got up and moved because Pharaoh told them to go.  God comes to us in our discouraged, depleted hearts and creates a scenario where we move... because we have to.  He delivers us from slavery even while we have learned to live with it. It's not your faith, it's God's promise to you that will set you free.

Today, your slavery may seem like it is never going to end.
Your life may be at it's lowest point. You are paralyzed because you think the promises of God are just platitudes.. so you never walk like someone who believes them.

You may think this blog is just more printed platitudes...

Let me remind you that Moses was telling the truth.
I am also.
You cannot deliver yourself.
God heard the cries of His people.
He hears your cries too.
The Holy Spirit will give you the faith to believe, the power to walk out that faith, and the hope to keep going until you see the promises of God become reality.

Ask for the Holy Spirit to invade your heart and mind.
He will. You will walk away from your slavery. Only because the Holy Spirit is working in you. HE delivers us.
You will not be the same.
A platitude?
No.
A promise.
Posted by Marie Armenia at 9:22 AM