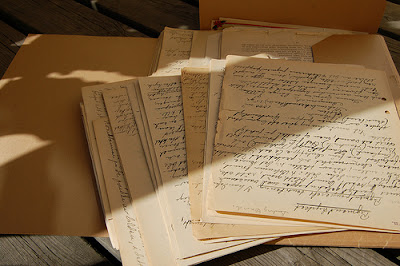 A long time ago a friend of mine was talking to me about my dream of being a writer.
He said something that hit me between the eyes. He said, “You know, the world is filled with two kinds of writers: Writers who talk about writing, and writers who write!” He was inferring that I was the first kind of writer. A writer who talked about writing without actually writing anything. He was right. That’s who I was. I’m sure he didn’t realize at the time time that his words so annoyed me, that his words so identified and exposed me and my lazy dreaming, that I became a writer who wrote. I just wrote and wrote and wrote. And when an editor asked to see something I had written (Thanks, Wanda) I had something to show. And because of that I became a writer who was published. (Thanks again, Ivey.) And then I became a writer who wrote a book. And now I am a writer who has a major publisher releasing that book in the Spring of 2018. Hooray. It’s funny how God opens doors when we do what we are called to do. True, I have not won the Nobel Prize for writing and have not been on any Best Sellers list. (yet). But I am a writer. Thank God for friends who spur us on to good works. Thank God for my friend who challenged me.

I have learned something else about writing. It is more than simply getting an inspired idea. It is more than having five hundred catchy (at least I think they are) titles for possible books and articles and songs. Writing involves FINISHING the creation you STARTED.

FINISHING is the real work of writing. I have scores of songs (pardon the pun) that are not finished, and therefore no one has ever heard them. In order for you to hear a song I’ve written, I have to FINISH the song. In order for you to read a book I’ve written, I have to FINISH the book. In order to see a painting a painter has painted means the painting was FINISHED. A twist on my friend’s sentence to me might be “There are two kinds of writers: Writers who begin and don’t finish, and writers who write and won’t stop until they are FINISHED.” Beginning is easy. Finishing is hard.

The Bible refers to Jesus as an Author. Well, not just AN author, but THE Author. The Author of our Faith. We have a NEW life because of Jesus. We are NEW CREATIONS. What we have become has not existed until Jesus put life in to us, breathed His Spirit in to dead, dry bones. In this life with Jesus, beginning is easy. To us it can seem like FINISHING is hard. We don’t know if we have the strength, or the faith, or the will to endure. FINISHING is the whole point. Getting HOME. OVERCOMING. It’s exhausting at times. We toy with the idea of simply giving up. It’s because we think we have to finish the story in our own power, by our own strength, in our own wisdom. But wait! Wait! Hold on!!Hebrews 12:2 tells that Jesus is not only the AUTHOR of our faith, but the FINISHER. He finishes every new creation He begins.
Relax.
THE FINISHER is at the right hand of The Father. He is interceding. He has shared every victory with you.  He has already OVERCOME the world. Relax. You can cast ALL your cares on Him, because HE CARES FOR YOU. Relax. Jesus never starts something He doesn’t finish. He finished His work on the Cross. He said, “It is FINISHED.” And you? And me? We may give up on ourselves, but REMEMBER THIS: “He who began a good work in you will carry it on to completion until the day of Christ Jesus. Philippians 1:6

The FINISH line is in sight whenever I keep my eyes focused on the Finisher.

Posted by Marie Armenia at 9:21 AM