THE SPIN ON CHRISTIANITY 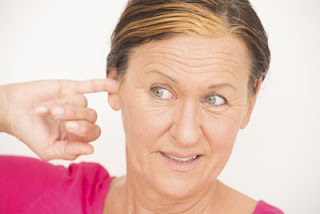 In recent years, we non-professional audience people have become familiar with a media term - "the spin" or "putting the spin" on something.

The dictionary defines the term as: "To twist a report or story to one's advantage; to interpret an event to make it seem favorable or beneficial to one self or one's cause."
In this election season, it's easy to see what I'm writing about.  Just take your remote control and flip back and forth between the different news channels.  On one channel a candidate is the savior of the nation and just one flip of the remote later that same candidate is satan in human form.

It's not just media people who "put a spin" on things.  We all do it all the time.  For example, when a friendship hits a wall, and possibly ends... the "spin" on what caused it's demise will be different depending on which side of the friendship you hear from.  No one I know ever says, "Well the friendship ended because I am intolerant and unforgiving."

People put a spin on things because they want the people listening to receive and embrace and accept what they are saying.

Sometimes, lately, I've noticed lots of my brothers and sisters in Christ becoming concerned with whether or not what we are saying about Christ and the Gospel is acceptable to the masses.  They seem embarrassed by the narrowness of the idea that Jesus said, "I am the Way, the Truth and the Life. No one comes to the Father except by Me."  They seem to shy away from the fact that He point-blankly said, "The path to follow Me is NARROW and FEW will find it."

Now, I'm not talking about being narrow-minded. I applaud people who whole heartedly question the status-quo and with open hearts take the time to investigate thoughts we embrace as Holy Truth but are merely human tradition.

However, I see a subtle "spin" being put on Christianity.  It's a "let's move away from the whole Cross thing, the whole sin thing, the whole only begotten Son of God thing" and lets move to something more palatable.  Let's say that Jesus made the way so that even people who don't believe He is The Way are going to be o.k. in the end."  With all my heart, I wish this spin were true. Because so many people I love deeply are not on that Narrow Path.

It's a wonderful spin.  It just isn't Truth.


"For a time is coming when people will no longer listen to sound and wholesome teaching. They will follow their own desires and will look for teachers who will tell them whatever their itching ears want to hear.  They will reject the truth and chase after myths."