WHEN SOMEONE HATES YOU 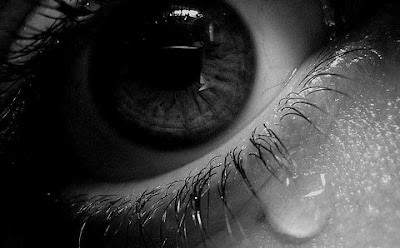 It happens.
For some reason every now and then someone leaves your fan club. They're not that in to being your friend that much anymore.  Really?Yes.

It happens.
It hurts of course, but, eventually we move on. Because, as the song says, "I can't make you love me if you don't."  Every now and then a friendship runs its course. It ends. You live. You survive.  You get over it.  You might wonder if there was something you did wrong, or something more you might have done right.. but.. when someone doesn't want to be around you.. that's it.  You get the hint.  You move on.

There are people who choose to move out of your life.. and then.
.......there are those people who hate you. HATE. Despise you. People who openly or secretly wish that harm and bad things and challenges and hard times would come your way The dictionary defines "hate" as passionate and INTENSE DISLIKE.

I think HATE is the state of being where there is an utter absence of love.
NO LOVE.
JUST HATE.

It happens in a marriage.  In a friendship.  In a family.

Usually, we are shocked and heartbroken to discover this. Sometimes people have been hiding this darkness behind a smile. We need time to process the betrayal.
We waste lots of time trying to figure out how this happened.
Don't bother. Only God sees hearts.
He sees theirs.
He sees yours.
Only He can put love in place of hate.

If anyone on earth was ever hated it was Jesus.   Yup. HATED. Yes.  People had MURDEROUS, EVIL hatred toward Jesus.  Jesus was PERFECTION in a HUMAN BODY.. never sinned.. only love.. willing to die for the people who wanted Him dead.

And what did His say to His followers about this hatred He received?


"Get ready. It will happen to you.
People will hate you if you love Me."

It WILL happen.
Oh, don't be so negative, Marie.
I'm not being negative. I'm reprinting the words Jesus spoke. Are you His follower?
Those are HIS WORDS.
Was Jesus being negative?

It IS happening.
Christians are being killed, persecuted...
It isn't happening here... yet.
But we can feel the change in the wind.
WE know that...

Someday.. it will happen here.

Why did Jesus bother to speak these words?

I think the reason He spoke these words is to keep us from being surprised about it.  To prepare us for it.  To keep us in fighting form in this war against our souls.

In a war, the best offense is a SURPRISE ATTACK.
Jesus warning is an attempt to make us ready.

According to Jesus.. WHEN SOMEONE HATES YOU... because you love Him...
Remember.
Just remember.
It happened to Him.
It will happen to us.

Posted by Marie Armenia at 1:21 PM

You are a gifted and incredible writer!