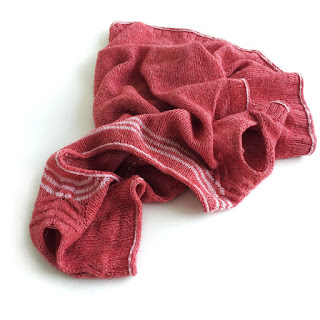 She was a cup of water to my spirit.
She was a light to my weary eyes.
She lifted my eyes and head.
She erased, for a moment, all the rejection I was feeling.
She had no idea that twenty years after being in her presence for less than five minutes, she would be a woman who taught me a great big lesson.
She?
She was an assistant in a doctor's office.
Me?
I was there for a routine appointment.
She?
Picked up my sweater that I'd tossed on to the seat and folded it neatly for me.

That's it. That's the end of the interaction.  The end of the story. Before she took my temperature and blood pressure, she saw my sweater in a lump on the chair and picked it up and folded it. Then she left.

She didn't know that I was going through a season of sadness and brokenness. Rejection.  Confusion. Pastor's wife. Pastor. Trouble at the church. People rejecting us.

She just knew I was a woman whose sweater would be wrinkled if someone didn't fold it neatly.  She didn't ask me why I didn't fold my sweater. She didn't tell me how nice she was for folding it for me.  She didn't give me a speech about people who don't value their things and don't fold their sweaters.

She just folded my sweater because a folded sweater is better than a wrinkled one.  I mean, seriously, who writes blogs about a sweater folding woman???
I do.

BUT... her kindness.. small as it was... revived something inside.

Yes.. seems silly to write about it.
Except it isn't.

I learned a big lesson from that sweater folding woman

We may never know how one act of caring, no matter how small, may be the thing that waters a dry and broken heart..and....gives it just enough hope to try another day.

It isn't easy to be kind in such an angry world.
If it was easy, everyone would be.