JEALOUS BABYLONIANS and HOW GOD DEALS WITH THEM. 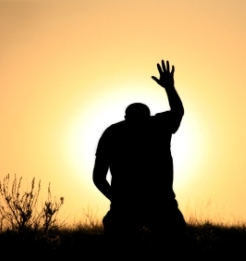 Can you take a little teensy, weensy bit more about Daniel? I am learning new things about his life that can be an example for those of us who are living in "Babylon" - held captive in a society of people who neither know or honor God. Because.. honestly... that's where we're living right now.

We know that Daniel was a fervent pray-er.   I grew up with people like that.  My parents were fervent pray-ers.  All through the book of Daniel we find that the Babylonians described him as being someone "full of the spirit of the gods."  When someone is full of the Spirit of God - it is OBVIOUS - even to heathen Babylonians.  When they need help, they know who to call.  I watched this in the lives of my parents.  People would scoff at them because of their unyielding devotion to God and His ways.  But WHEN THEY NEEDED PRAYER... when they wanted a daughter to conceive a baby... or a father to be healed... or a job to materialize.... THEY KNEW WHO TO CALL.

Daniel prayed three times a day... facing toward Jerusalem.  We know that there is NO POWER in a city... but Daniel faced Jerusalem, I believe, because he remembered he was praying to the God of his fathers.  Jehovah - the God of Abraham, Isaac and Jacob. He wasn't praying to a compromised version of a conglomeration of Babylonian gods and Jehovah.  Sometimes "Babylon" can get in to our spirit and we can begin to think that the gods of Babylon - gods the people made themselves - are capable of helping and providing for us.  The kings of Babylon were consistently warned by God to not think that THEY had accomplished IN THEIR OWN STRENGTH and POWER what they had accomplished.  When they refused to acknowledge that only GOD gives whatever they happened to have - He took it away.  While we live in "Babylon" we have access to great advances in technology, medicine, finance and knowledge.  But they are simply tools that God is using to provide for us.  We acknowledge that anything we have comes from God.

Daniel prayed for two reasons - according to Daniel 6 -  He gave THANKS and HE ASKED GOD FOR HELP.

He was THANKING GOD while in CAPTIVITY?  YES. And though he had prospered in Babylon... he didn't rely on his OWN ABILITIES but asked God for HELP.    You can prosper in Babylon doing things the Babylonian way.  That's true.  But to be PROMOTED to a level of INFLUENCE - you need God.  ONLY GOD can do that.  Promotion comes from God.  Remember this and rejoice when someone you know who loves God and is filled with His Spirit is prospering.  It is God who is promoting that person.  So they can be an INFLUENCE in BABYLON.

The Bible doesn't say Daniel stepped on his Babylonian neighbors to achieve what he'd achieved.  GOD PROMOTED DANIEL.   God decided to give Daniel the wisdom and ability that promoted him to such a position of influence in a foreign land.
This annoyed the Babylonians around him.
THAT'S why they made the law to trip him up.


Daniel 5:17 shows us something else about Daniel:  he didn't want the Babylonian's money or approval.  He wasn't concerned about his popularity on Twitter or Facebook. He wasn't about HIS REPUTATION.. and HIS "PLATFORM."   He was just FULL OF GOD AND HIS SPIRIT.   Why?  He prayed.

The end of the story is that the way God dealt with those jealous Babylonians was to throw THEM in to the lion's den they had prepared for Daniel.  They and their families were destroyed.  What they wished for Daniel happened to them. And their families.

Daniel was simply a man of prayer.
God took care of Daniel... and the people who were jealous of him.

Be careful when you are jealous of someone simply because God has chosen to bless that person.
And don't worry when people mean to do you harm because God is with you.

Keep your eyes on God.  Continue to thank Him and acknowledge that you are nothing without His help.

God will take care of you.  And your enemies.
The End.