BOTTLED WATER AND THE HEART OF GOD 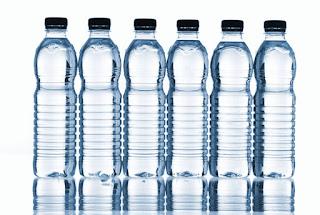 My fourteen-year-old grandson was on his way to Youth Convention. His parents were taking him, some of his friends, and his sisters and some of their friends there for two days.  It was a big church-sponsored youth event happening at the Opryland Hotel in Nashville.   Everyone was pumped up and happy.  They stopped at our house to deliver "Sam" (my granddog) who was going to stay at our house while they were gone. My grandson carried Sam in to the house while everyone waited in the cars in our driveway.  This boy, handsome and respectful as always, stood in front of our refrigerator and asked if he could take a bottle of water.  AS IF he had to ask.  We always have bottles and bottles of cold water there.

"Absolutely.. and take one for all of your friends."

And so he filled his arms full of bottles of water and went out to the cars waiting in the driveway and handed them out....each friend had a bottle of water... and so did my two granddaughters, my son and my daughter-in-law. (Plus some licorice bites, chocolate, and jelly beans.  Yes.. I am one of THOSE grandmothers who always has CANDY in the pantry.)
He had a smile on his face as he did so.  I'm sure he didn't think about it for more than a few fleeting seconds, but his face seemed to say that he felt like a nice guy handing out water to his friends.

The whole scene took less than two minutes, and yet, a few days later it still makes me smile. Something about it filled me with love for my grandson as I saw him carrying those bottles out.  Why?

He is familiar with our home. He knew there was water and where it was.   A stranger would not know this, but my grandson did.

He is familiar with my heart.  He asked, but we both knew my answer would be a resounding "YES."

Most of all, I was able to give him what he asked for.
Nice story. So what?

So.............as they pulled out of our driveway, laughing and singing and on their way to Youth Convention, I thought about how my grandson's request... and being able to give him something he asked for... GAVE ME GREAT GREAT GREAT JOY.

This God I pray to is the SAME GOD who walked in the Garden of Eden with Adam and Eve..... who called to Abraham, who spoke to Moses from a burning bush, who split The Red Sea, spoke to a young boy named Samuel and who raised Jesus from the dead.

How can it even be possible that I can walk boldly in to HIS THRONE ROOM?   How can my human brain cells process the thought that He is not just this AWE INSPIRING DEITY.. but my Father?
Why on earth have I been given the right to call Him "Abba" - "Daddy.'
How can I even believe that HE CARES about a sixty-something wife and mother and grandmother trying to live out her life on planet Earth?
Who am I to be able to have a conversation with the same God who told Moses to tell Pharoah to "Let my people go!" ???

How can this be?

JESUS.  JESUS.  JESUS.
This holy honor.  This royal identity.  This eternal life.
I am his CHILD?
I. AM. HIS. CHILD.

All who put their faith in the righteousness available through the sacrifice, death and resurrection of Jesus can say the same thing:
Say it out loud.  Say it as your heart is breaking, or life is confusing.  Say it when your faith is getting weak. Say it when you are afraid. Say it when you've been rejected. Say it when the world seems crazy.   Say it, say it until you believe it.

My grandson didn't beg for water.  He knew it was there. He knew he could have it.
Asking was a mere formality.


See what great love the Father has lavished on us, that we should be called children of God! And that is what we are!
1 John 3:1

Posted by Marie Armenia at 7:41 AM